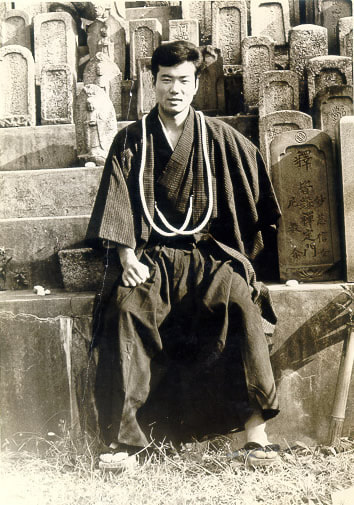 Kaisetsu
Kata Kaisetsu 形 解説
Wado kata doesn’t have Bunkai. Bunkai is – a far as we know – a tool to disassemble kata in order to analyse its movements. This would be a breakdown of the kata, like buying a new bicycle and then taking out all parts. ‘We’ in Wado would rather learn how to ride the bike. The driving force to understand kata in Wado is kaisetsu. The sets of principles contained and preserved in kata are explained with common sense, not with fantasy.

Ohtsuka Sensei chose a different kanji for kata 形 than other schools 型 did. 型 kanji translates to a type, form or mould, while 形 translates to shape or appearance. From a kaisetsu perspective, this means the shape or appearance of Omote kata. It appears to be gedan barai (omote), this is what you can see or the outer shell. The true essence (ura), what you can’t see is the most important. Ura is the kata’s heartbeat.

Kaisetsu should remain as close to omote as possible. Omote holds the deeper meaning of ura and ultimately henka. Within omote, which is demonstrated with an opponent in kaisetsu, the ura lies. Actually, kata is not a response to kaisetsu, it is the other way around. Kaisetsu is following the principle of kata. The first movement of Pinan sandan or godan is not soto uke vs jodanzuki. Jodanzuki is used to show the principle of rotation and completely changing the direction.

The first movement of Pinan nidan is also an easy example. Otoshi uke is following the principle of kata, which is to learn how to use the gravity in a dropping manner. As otoshi is dropping technique, this is shown as a dropping on top or inside of the attack. This kaisetsu shows the principle, the study of dropping movement. Once you start to understand the dropping movement and learn how to use the gravity to your advantage in a dropping motion, the function of kaisetsu will become clear. When you realize the function of the first movement, you will understand why to use mahanmi neko ashi dachi. Ask yourself, why use junzuki dachi, why shiko dachi? These movements were chosen for a reason. We never do anything without reason. As for otoshi uke, mahanmi neko ashi dachi is used to isolate dropping movement. Almost all other positions would incorporate twisting or shifting weight thus distancing from isolating the dropping movement. The change of the left foot however, is yet another principle.

A dropping movement is endless when used in kumite, this is why we consider kaisetsu as live kata. When the principles are ‘mastered’ this can be infinitely (henka) applied in kumite according to variables and the ever changing situation.

When flowing from one principle to another – from one move/series/enbusen to another– a kata becomes a tool with a flow. Which is also a principle.
The level and possibility to adapt a principle in kumite depends on the attitude, spirit and level of understanding of the practitioner. In short, kata is to teach how to fight. Source: www.ishikawa-karate.com 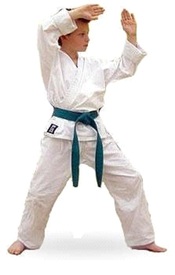 Kaishaku
Kata Kaishaku 形 介錯
In British Wadokai we also use Kaishaku, when interpreting Kata movement and application, as opposed to just Kaisetsu.

Kaisetsu is where you would ‘explain’ the visual process of the classical movements of the form (as a television commentator (Kaisetsu-sha) would at a sports event). The Kata should be translated within its traditional movement, without change or modification to the process of movement in any way, shape or form. We analyse the complete movement process, rather than taking it apart to see how each bit works. Kaisetsu refers to ‘literal translation’ of the physical/visible movement.

Kaishaku refers to an ‘interpretation’ of what the complete ‘classical’ movements may represent in application, although still working within the mechanical processes of the classical form, including all the relevant concepts, components and principles contained within. Kaishaku ‘interprets’ the Kaisetsu with explanation.
From Kaisetsu comes Kaishaku.

Bunkai. An Okinawan reference/term. Refers to the ‘breakdown analysis’ of the practical application of Kata technique. It is said that there is a common misconception in reference to ‘Bunkai’, when interpreting Wado Kata movement. To ‘interpret’ Wado Kata movement within its ‘classical form’ should be referred to as Kaishaku; which would be formulated from Kaisetsu. Bunkai (although now present in the Japanese language, is more indigenous to Okinawan Karate terminology) refers to the breakdown (analysis, disassembly) of the individual elements and placing the sequence within a more ‘individual’ and often more ‘elaborate’ element of combat. Therefore, with Bunkai, one can have a much more creative-licence with the interpretation/s of the classical move. Wado doesn’t really have Bunkai (except in modern competition terminology); not just for reasons of ‘individualising’ the movement, but also due to the risk of us being taken away from the original concepts and principles of the original movement/s, within the Kata as a whole. Bunkai has origins more within the Okinawan Karate Dojo, and not with Wadoryu Karate, as in Wado we do not tend to strip or individualise the movement process.

Although many of our Wado Kata have been taken from differing sources (Shurite, etc.) what we must consider, after the various kata have been through the ‘Wado Mill’, is how they are subsequently perceived by the Wado-ka. When viewing a Wado Kata movement I never ‘break-down’ each movement into pieces, I always look at the ‘whole’ picture of the mechanics of the motion as well as the technique. When I consider movement in Wado Kata for translation I look at the reason and motivation behind the whole movement; not the ‘bits’ of it. If we also look at where our body is and/or where it is going, plus what an opponent would or may consider as the initial attack & target, this also places much more clarity to the whole Kata movement itself.

See below for what I call the ‘complimentary-forces’ and ‘contradictory-forces’ within our Wado Kata. These principles can also be translated to upward & downward arm/hand movements, such as in the first movement of Jihan (Jion) where the left downward moving arm (considered as gedan-barai) can assist with the ‘grounding’ of the movement into stance whilst moving ’off-line’ (taking my body off-line from the intended attack) to perform a soto-uke. If we also take into consideration the ‘Ichosu’ (as we should) of the Kata movement this also becomes much clearer to us. 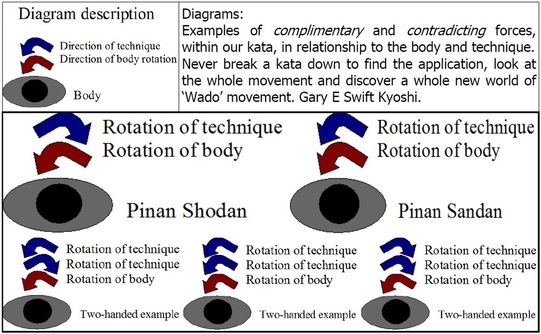