British Wadokai is a friendly and traditional Wado-Ryu Karate organisation dedicated to providing the highest possible standard of support, guidance and benefits to all students and clubs in membership.

The Chief Instructor is Gary E Swift 9th Dan Hanshi, who started training in 1966 at the age of 10.

British Wadokai offers members to get the best out of themselves with the opportunities;
To Train! To Improve! To Progress!

In 1982, after the passing of the Founder, Ohtsuka Meijin’s son, Jiro Ohtsuka, created another Wadoryu organisation known as the Wadoryu Renmei. Then in 1989 another organisation, Japan Wadokai, established a ‘revised’ version of Wadoryu as a ‘sport karate’ to be able to also compete in the ‘all-styles’ karate competitions.

The main changes were (and still are) to the Kata and much of the original partner-routines. It was felt that in order for Wado Kata to be more acceptable in the competition circuit, and to look more like the versions of the Kata of other styles around at the time, significant modifications occurred that often took the Wadoryu nuances & idiosyncrasies away from the original Kata form.

In 1991 the Wadoryu Renmei, under the leadership of Jiro Ohtsuka (now a private group), changed significantly and became independent from all the main Governing Bodies at the time.

​So remember, if anyone says to you that our British Wadokai Wadoryu is different from theirs, you can now say to them, “It’s not us that’s different, it’s you –  British Wadokai will remain the same – The Original and Traditional.

A Letter from Sensei 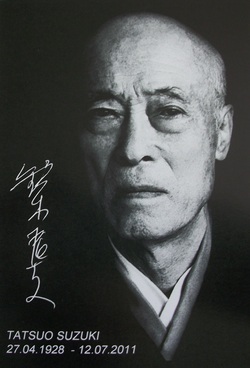 A Letter from Sensei,
“I want to tell you about when I started Karate and how I trained and how I want you to tell all my karate students. Most students do not understand about what my Karate world is. Anyway this is very simple not only for Karate students but for all life.

When I started Karate I did not want to just learn the techniques but with mind and body and spirit as well. I contacted Ohtsuka Sensei because he was the founder of Wado Ryu and already a great teacher. He heard that I wanted to follow his example completely and became my teacher.

Ohtsuka Sensei was a true Martial Artist he acted in all things as he should as a martial artist not just technically but mentally and physically as well. He was not just a Karate man but a true Martial Artist. In Japan Karate, Kendo Aikido were learnt differently, they were learnt as martial arts. Most people chose only one of these and studied them fully but Ohtsuka Sensei had practiced many martial arts from a small child and he learnt them as a martial artist, mentally physically and technically this is what made him a great martial artist. This is why I wanted to learn from him how to be just like him in all ways. This is why I trained so hard many, many hours each day to be like him in all things and to understand.

When Ohtsuka Sensei passed away I wanted to follow his life and carry on his teachings exactly the same way he had done. Because I had trained so hard with him for so long I understood the way he practiced martial arts. I wanted to have the same attitude as Ohtsuka Sensei and this is how I learnt.

I copied the way Ohtsuka Sensei taught in all things mentally, physically and technically and this is what I passed on, all things not just one of them. Many teachers do not pass on like this as they do not understand. After Ohtsuka Sensei passed away other instructors changed many techniques as they did not understand them, they were not proficient enough as they had not followed Ohtsuka Sensei’s example. I was the only one to follow his way. Others did not follow him in Karate, one because they were not proficient enough and also because they had not had enough training or understanding to follow him in all aspects and so things were changed.

I was very upset and decided that I must carry on Ohtsuka Sensei’s teaching myself because I was in Japan a professional. I always followed Ohtsuka Sensei but unfortunately others could not because they were not professional in all three (mental, physical and technical) they did not understand enough to carry on his way properly. Sensei’s life had been wonderful to me and I wanted to follow his way exactly but now there was no one to teach me and I had to carry on myself.

When I was studying with Ohtsuka Sensei in his old age he could not teach properly and the other instructors did not have enough training to understand. Their technique was therefore not as fully developed and it was impossible for them to teach as they had not learnt all the aspects fully (mental, physical and technical). However I had always learnt the way he practiced Karate and I understood. His way was to show the technique and practice the technique again and again until the body and mind understood to do the technique without thought. He did not teach by talking, he demonstrated not always talking.

When I came to England I taught like Ohtsuka Sensei and demonstrated for students to copy. This is very important, the instructor by show the technique as example not just by talking. In Japan when some people got old they did not demonstrate, they just talked and then the body forgets the proper technique. Ohtsuka Sensei did not teach like this even when he got old and also neither have I. It is a very bad thing. We always practiced together with the students.
This is why, when I came to England I always demonstrated from the beginning and did the techniques together with the students in front of them so they could copy.

I was very surprised when I first came to England, because at that time in Europe Karate was very unknown as the only martial art then known was Judo as a world champion had been English. Lots of people then wanted to know about martial arts. But after a time the Karate was poor because the instructors were not of a sufficiently good standard. The English government wanted to stop Karate because many people were just reading books and watching films like Bruce Lee and did not understand. At that time many newspapers, magazines and journalists came to me and asked why this was. Unfortunately there were no proper Karate groups and most were run by people without sufficient understanding and training. We were the only ones training like Sensei’s way and other people had not trained properly. When teaching in England I taught in exactly the same way I had trained with Ohtsuka Sensei in Japan. Other Karate instructors had not had sufficient training from proficient teachers. It was very hard for me because most people misunderstood Karate and had not learnt properly, but for me there was no problem.

I travelled all over the world teaching by demonstrating in Ohtsuka Sensei’s way. This was important, as I could not communicate by voice in all these countries but by copying the technique and to see the way I trained I could communicate to these entire countries and they could understand the martial art way.

I have carried on training and teaching like this for a long time the same way, I never give up. Always on top of them Students tried very, very hard to follow me. I never give up I have to show how I am standing up and how much power. Then students would know proper technique.

All over the world people wanted an International Karate Federation to be formed. I did not want lots of students, only those true martial artists.

In Japan most senior Wado instructors had stopped training but they told me when I started this new federation that they could not follow me but they wanted to help me. Many people are helping me, this is why the federation started. I thought that at the beginning there would not be many students but soon we had many students all over the world.
I have never given up my way of teaching, always teaching and training. If like this I can continue teaching and training for a long time. I never give up training, training and training and teaching. Never talking always demonstrating, the same way I have always taught.

In 1990 I started the WIKF and carried on with the teaching and training in the same way as Ohtsuka Sensei. I taught all the students together and trained with them and we became like a big family helping each other. I like it like this, this is my way and the best way.

Finally in November 2005 I suffered a big heart attack and at that time I could not teach for a while. By 2006 I started teaching again slowly, slowly and during this time I kept training. I became stronger and stronger again that by 2007 and 2008 I could teach around the world again.

In October 2008 I again had problems and many students began to help me. They thought I was a very hard teacher always training hard together with them. I could not teach them any more but they still wanted to train together with me all the time.

After my cancer operation in November 2009 my students still wanted to train with me. Many were calling me and asking when I would be teaching again. I was very surprised because I could no longer teach but students still wanted to train hard with me. I could not travel to other countries but many students travel to London
to the various courses that we hold.

Because of this from my students my spirit never gives up.

The loyalty has surprised me and this is important as it is very good for my spirit.

I have tried to ensure throughout my lifetime that the true spirit of Ohtsuka Sensei’s Karate is carried on. I have done this for the past 30 years since he passed away and I have also imparted my knowledge and spirit to various instructors to carry out the work and ensure the future of the WIKF and traditional Wado Ryu as it was taught to me by the founder. Through various instructors in the WIKF throughout the world, I have ensured that this will carry on. A strong family that will help each other and the future of Ohtsuka Sensei’s authentic Wado Ryu will carry on.”

Taken from the ‘Open Letter’ handed out to those of us who were present at Sensei’s funeral (22nd July 2011).

I feel that I can speak for us all at British Wadokai in that we will continue to carry the torch of authentic, original and traditional Wadoryu that was handed down to us by Hironori Ohtsuka Meijin and Tatsuo Suzuki Hanshi. Very few people can say that they have trained with both Ohtsuka Meijin and Suzuki Hanshi as some of us have at British Wadokai. From my own personal experience both Instructors taught the same and taught in the same way.

As I have said before to many of my students – ‘We know of no other Wado, it’s always been this way, it’s the original!’

The Funeral of Sensei… 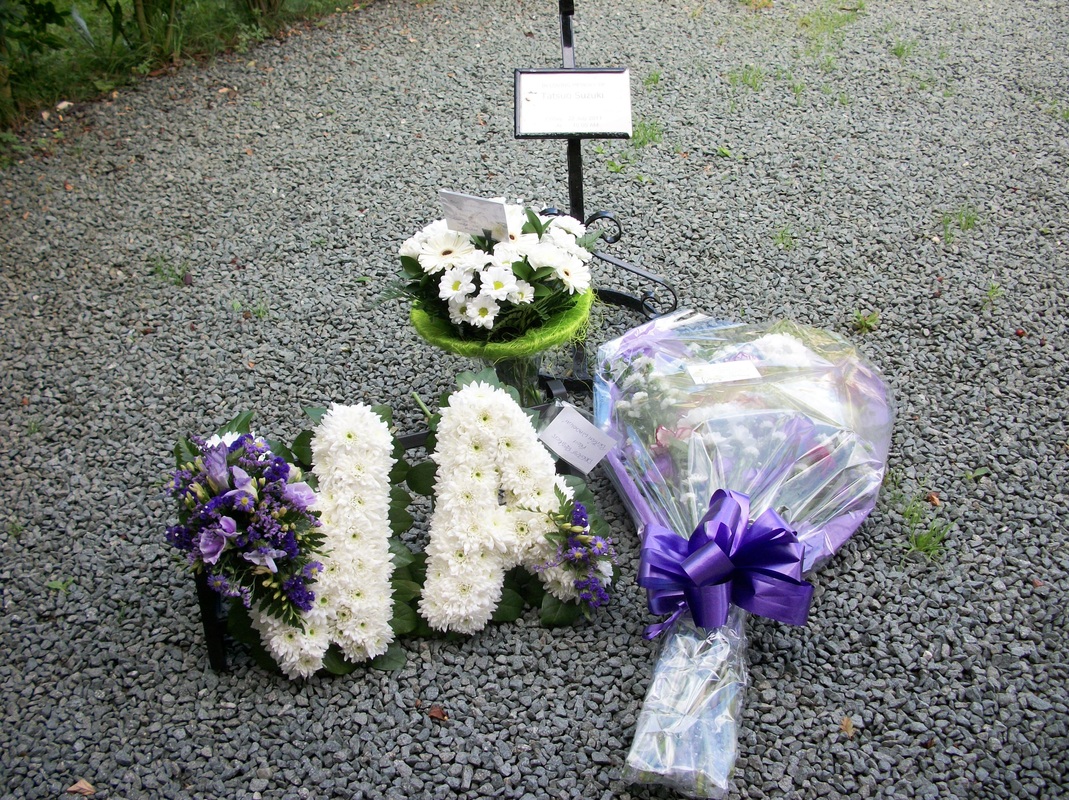